Excerpt from BIG GAME HUNTING 101, No Room Service and Other Terrifying Realities 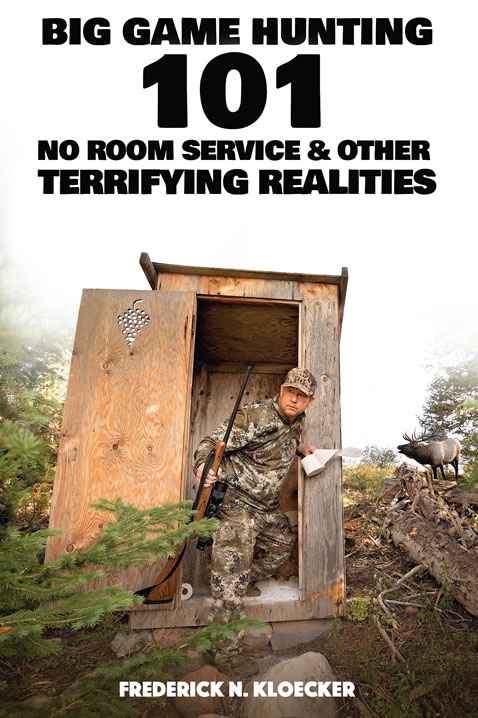 Besides being confronted with confusing words in his directions, like “south” and “east,” now I had to worry about ethics, sportsmanship, and survival—without any help—for three hours! I was in so over my head it was scary . . . literally. So off I went knowing full well I wouldn’t be able to find my way back and accepting the likelihood that I would be spending the night out there in very close proximity to the Bear Cage, or whatever the heck it was, where people get lost regularly and are often chased and consumed by predatory monsters lurking in the Northern Utah version of the Bermuda Triangle.

My imagination was getting the best of me as I walked down the seemingly endless trail. I was sweating, though I wasn’t sure whether it was because I was hot or terrified, and all I could think about was why I had signed up for this nonsense when I could have been home right at that moment in St. Louis, Missouri, in weather just as cold as this was, but with the option of staying inside and watching TV shows about people getting lost in the woods and eaten by heaven-knows-what rather than actually being one of those fools in real life.

And Sometimes It is Profound And Life-Altering…
December 7, 2020